Charah Solutions actions and updates for customers and partners in response to COVID-19. LEARN MORE. 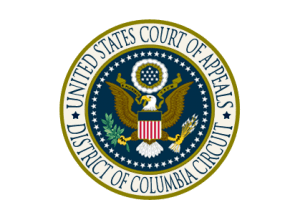 On March 12th the D.C. Circuit Court released its three-judge panel order in the Waterkeeper Alliance Inc. v EPA CCR case. The Court ordered that EPA’s motion for voluntary remand be granted and denied the Waterkeeper Alliance motion to vacate parts of the rules or a summary vacatur. The result of this remand is that the Phase 1 Part 1 rules remain in place while EPA completes an expedited rulemaking process. EPA will now evaluate the Oct 2020 deadlines for closure of certain units in light of the D.C. Circuit’s August 2018 decision in USWAG v EPA. EPA acknowledged the need to proceed expeditiously and advised the Court “…that it could be possible to conclude the rulemaking within as little as nine months.” The D.C. Circuit Court also stated that “EPA and intervenors have shown that the consequences of vacatur would be disruptive.” This point reflects the concern raised by members of the industry that the premature shutdown of impacted plants would disrupt the reliability of the electric generation and delivery system in certain areas of the country.